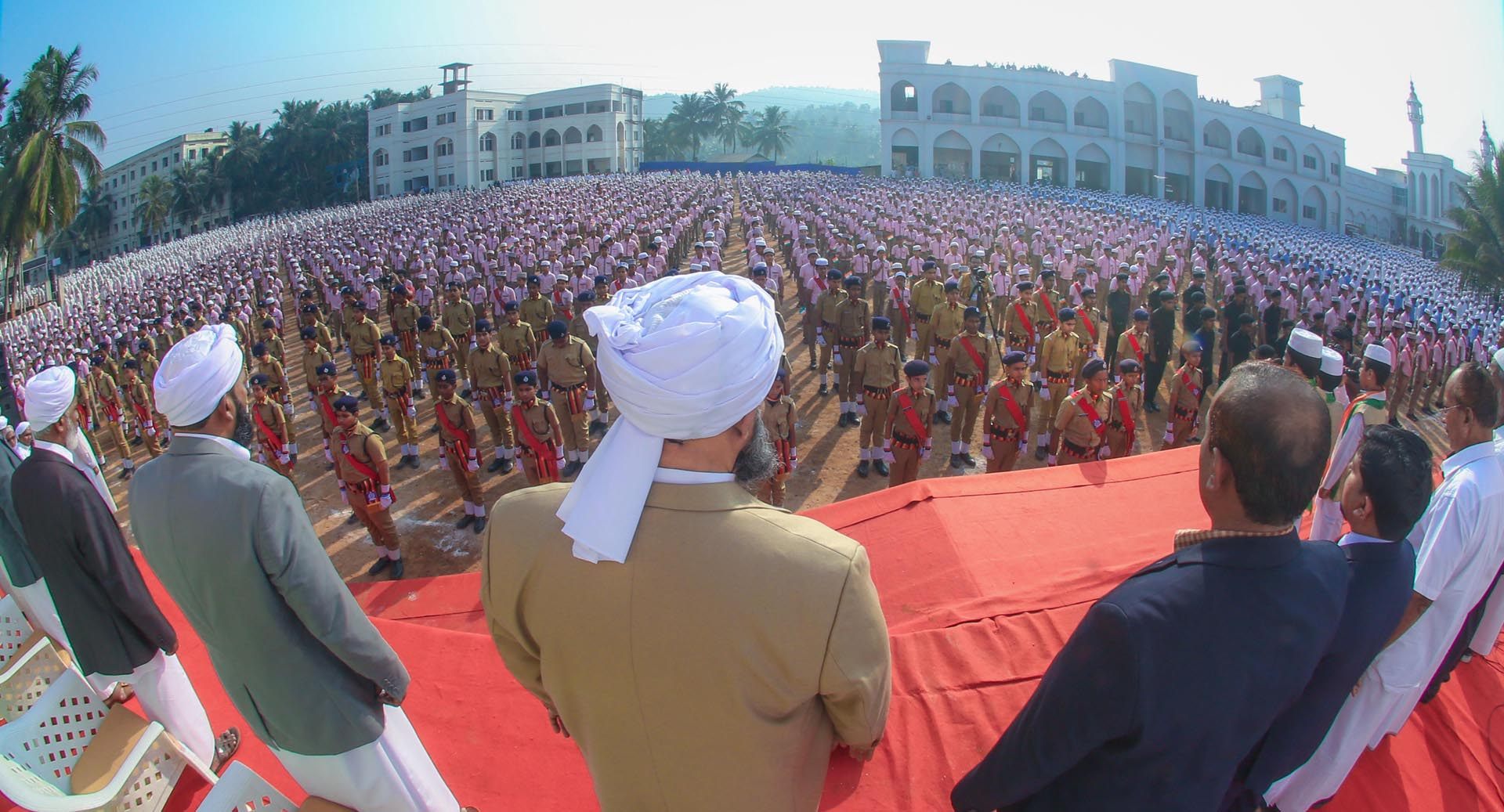 Malappuram: Thousands took the pledge to uphold the national spirit of India and loyal to its heritage and cultural diversity at Garand Assembly held in Ma’din Campus, Malappuram in connection with the 69th Republic Day of India. The special event, as part of Ma’din Academy’s 20th anniversary celebrations called Vicennium, was held in all its solemnity and grandeur.
Ma’din Chairman Sayyid Ibrahimul Khaleel Al Bukhari administered the oath to 15000 attendees including students and staffs of the various Ma’din institutes.
They took a pledge to uphold the integrity and unity of the country and to be in a constant vigil against evil forces who spoil the harmony and togetherness among the people.
“The three colours on our national flag saffron, white and green symbolises sacrifice of the millions who died fighting for it and peace and prosperity that prevails in our nation. It reminds of our responsibility that we have towards our nation”, Sayyid Bukhari reminded. He also added that the love of the birth land is part of Islamic teachings.
Ma’din chairman also declared the plan for holding 100 harmony meets across the country as part of the Vicennium which ends with a mammoth conference on 27-30 December 2018.
Parade of students holding the national flag, grand salute, balloon flag display, national anthem, march-past by Students Police Cadet were organized. Forty delegates from Malaysia and fifty representatives of different social organisations from Karnataka were the special guests.
Sayyid Farooq Jamalullaili, Muhammed Noufal Kodur, Abdul Jaleel Saqafi Kadalundi delivered felicitation speech.
Ma’din Academy, based in Malappuram, is an umbrella body of various academic and charity institutes with 22000 students. The Academy is a partner in G20 Interfaith Summit, World Interfaith Harmony Week initiative under United Nations and International Peace Forum. It has collaborations with 7 international universities and academic centres. 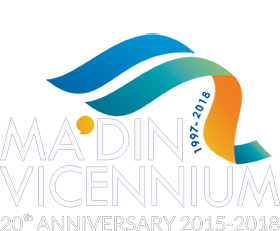